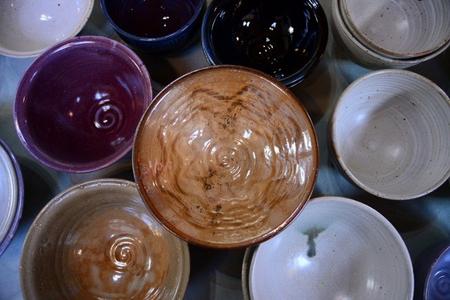 Dudley Harris and
The Potter’s Wheel That Keeps on Giving

There is an idyllic potter’s lair nestled in the quiet sanctuary of the Shady Oaks neighborhood near the hectic bustle of 281 at Brook Hollow.  It is the studio of Dudley Harris, a mostly retired ophthalmologist who also happens to be a prolific ceramist. This weekend is his annual studio sale, Dec. 13-14, 9 a.m. – 5 p.m.

The sale actually began last weekend on one of San Antonio’s perfect fall days – a Goldilocks kind of a day. “Just right.” We were greeted by a group of volunteers as well as representatives of Texas Public Radio, the beneficiary of that day’s sales. Amelia was our guide, a precocious tween who saw to it that we didn’t miss a thing.

“There is something about pottery that is captivating to some people,” he said.

His first project was a bowl, and he has always been attracted to the Japanese style tea bowl. “When you start, your aim is to make a bowl that is too good for the dog to use. Most don’t succeed.”

When asked about the meditative quality of throwing pots on a wheel, he said, “No, I just like making things.”

A theme emerges. It is clear that Harris is also a master of wry understatement.

“Thank goodness for cataracts and Medicare,” he said with a grin.

Indeed. He and his wife also made about 30 international trips, mainly to Guatemala and El Salvador but also to India and Kyrgyzstan, in the span of a few decades doing pro-bono surgeries for humans in need of their skill and care.

They eventually “aged out” of these endeavors, he said. “It was the highlight of my career to do that work, but no, I don’t miss it. Each decade you are sort of a different person.”

Harris is also a photographer and still shoots for clients, currently working on a job for Oblate School of Theology. He is a videographer as well, helping doctors make more meaningful connections with patients via the internet. We digress from the subject at hand, his work as a ceramist is the focus here. However, his restless nature is illustrated.

​
It is clear that Harris is enchanted with his new studio, constructed in the traditional Japanese aesthetic. No HVAC. No plumbing. Architect Jack Peterson was his partner in crime on the project and it is an exquisite space – simple yet complex. The space is so new he hasn’t yet had an opportunity to move in.

Inside is a series of four work and storage spaces. All pieces are created by Harris, alone in this series of spaces. The last glaze firing is done at the Southwest School of Art. Last year he donated a very fine kiln to the school.

“I could have put it out here, but when I die, it would just be here,” he said, illustrating his pragmatic, long-view approach to his craft.

Stoneware is his favorite material to work in as it’s durable and forgiving.

“Of course, I occasionally will work in porcelain, because it is beautiful. But it is also harder to work with. All clay wants to fall down, and porcelain is the worst. The idea is to learn to throw in very few movements, and not touch the piece more than you have to,” he said.

Harris has visited Japan several times over the last few years, most recently in October. During his visit to Kyoto, he stayed with an American who speaks Japanese. “He would pick me up in the morning and we would go to visit individual studios. I would spend the morning watching the potter work, and then the afternoon was spent with him watching me work. It was a lot of fun.”

It was learning in the most classic form, sharing the act of work and progress.

A neighbor visits and makes her selections at Dudley Harris’ studio. Photo by Page Graham.

Harris’ work is honest and well made. There are about ten different classic glaze styles, maybe a few more. The work is utilitarian, functional, and it feels good to the touch. Those who live with hand-made objects and use them in daily life understand the homely connection that such wares create. The human connection. Harris understands this concept well. “There is something slightly positive about it. Not just neutral. It establishes a positive feeling in the user.”

The work is also fairly priced, ranging from $5 to $50. This is not a purchase that will break the bank, and the deposit in the karma bank far outstrips the monetary outlay. Every dollar made at this studio sale will directly benefit a good cause. On Saturday, all proceeds will go to Texas Public Radio. On Sunday, all proceeds will benefit Planned Parenthood Trust of South Texas.

On our first meeting, Dudley Harris said, “Making is better than having.” And while this is true in so many ways, living with work such as this has its rewards. And giving it is even better.

Tami Kegley has lived the life of an artist. Through multiple careers — dancer, percussionist, performance artist, sculptor, goldsmith, gallerist — she has pursued her need to create. 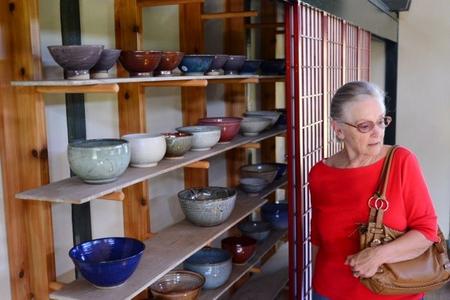 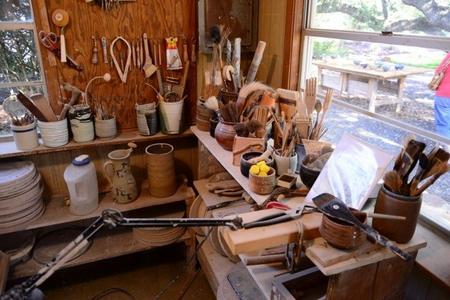 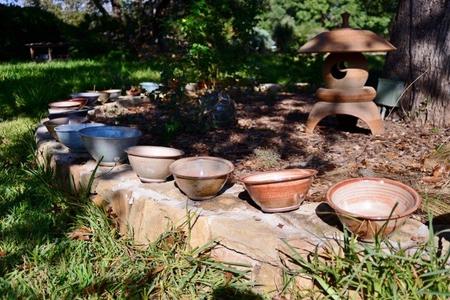 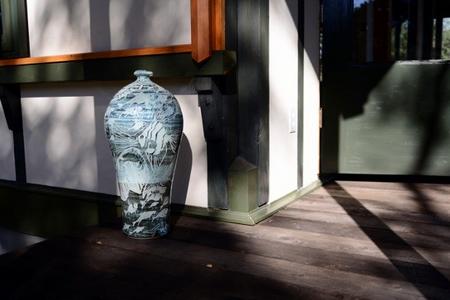 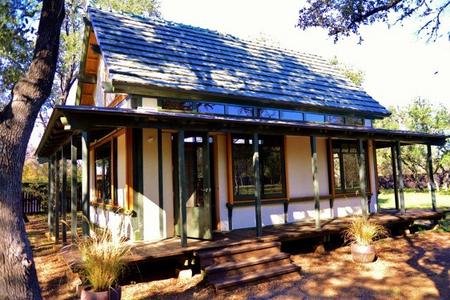 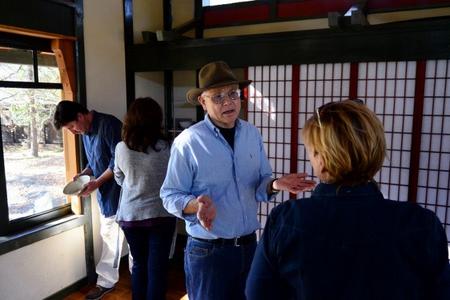 Please forgive the low-resolution quality, captured and uploaded to YouTube to be available here in case it moves/gets archived by KMOL a few weeks or months down-the-road...

Let us know what you think...send a note via our Contact Form !